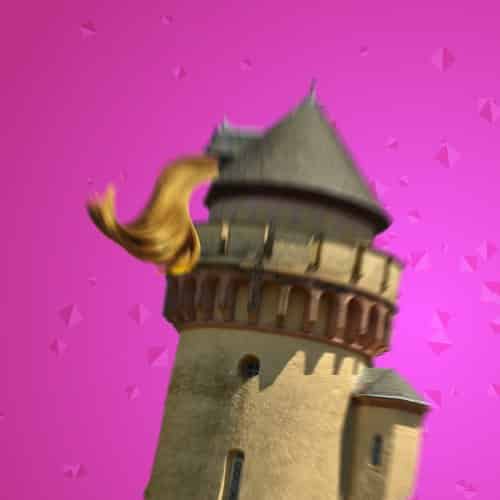 Preparations are underway for Princess Rapunzel’s big birthday bash, but when the evil Fairy Dreadlock doesn’t get an invite from King and Queen Quiff, she kidnaps Rapunzel and locks her in a tower in the woods.

Luckily Flynn, his pantomime horse Britney Spurs, Dame Penny Perm the royal hairdresser and Fairy Hair-Do set off to rescue Rapunzel. Will Flynn win the day and Rapunzel’s trust? Will Fairy Dreadlock succeed in her plot to ruin royal happiness? Will Penny Perm find a new man in the audience tonight?

This hair-raising pantomime adventure is the perfect alternative pantomime tale for every generation.

2 Male, 3 Female, 4 Non Gender Specific, 3 Supporting Roles + Chorus (Indicated genders are guidelines for casting. Many roles could be played by actors of any gender. Oh yes they could!)

SLAP ED Penny, we were hoping you could fit us in for an emergency hair-cut before the party later. What with everything we’ve got to organise, we forgot all about it.

BOB Yeah, and Slap Ed’s hair is growing out of his nose, his ears, his-

PENNY – thank you Brainless Bob, I quite understand! Now let me look in my appointments book.

(She checks the book briefly)

As it happens I’ve an hour’s slot now you can have.

PENNY Which one of you’s up first then?

PENNY Come and stand over here then Slap Ed.

SLAP ED Can I ask you a question?

SLAP ED Why did my hairline recede?

PENNY It didn’t, your scalp advanced. Now Slap Ed, you can test my brand new gadget; the very latest in hair re-growth technology.

SLAP ED That sounds great. What does it do?

(Puts his head into the wall hood dryer, through the hole in the wall, an assistant applies black makeup over his face to give the impression his face is burnt to a crisp and gives him a crazy wig)

PENNY Yes that’s it. The idea is that you put your head into the device and it randomly chooses a haircut that it thinks will suit you. But we can also choose the hair cut for you. So I thought today, we could help you pick.

(She locks his head in, she sets the dial)

On your marks, get set, bake.

(She turns the machine on, SLAP ED acts as though he is being electrified. There is a grinding noise and the machine slows to a halt. SLAP ED hangs his limbs limp. PENNY picks up one of his arms and lets it drop. She looks at the dial)

Whoops, it seems I may have got a little carried away with the knob.

(She unlocks his head and pulls him out facing the audience)

BOB What have you done to him? He looks like he’s been set on fire!

SLAP ED That’s because I have. I thought this was supposed to give me a sexy new cut?

BOB Look on the bright side, at least you’re no worse off now than you were before.

PENNY Do you know, I told my friend she drew her eyebrows on too high once. She looked surprised.

BOB I’m not putting my head in that thing.

PENNY No, no we’ll give you a traditional wash and a Blow and Go dry, how does that sound? 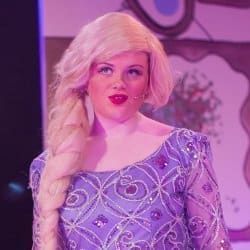 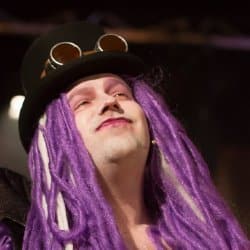 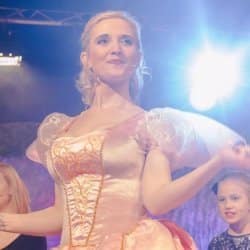 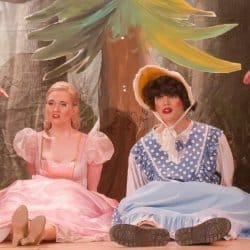