Explaining a pantomime to anyone who hasn’t experienced one is always entertaining. Where do you start? With the crazy characters, the jokes and routines, the innuendo, the spectacle… the list is endless! Today I’m focussing on the characters, with a low-down of lots of pantomime characters you commonly find in productions both amateur and professional.

How many different pantomime characters are there?

This is a very difficult question to answer. Because the truth is, you can be as whacky and wonderful with your pantomime as you like. Pretty much any character archetype is up for grabs, and if there’s a recognisable real-world association the character is based on, that is fun too. My answer to it is to learn the rules, and then break them. Know who the key characters are, and then play around with them to create your own take on the story.

Here’s a list of the characters I’m going to cover in the article today:

Sometimes the title character (Aladdin, Jack, Dick, etc.), the principal boy has a rich history in pantomime. Traditionally the role was played by a female identifying actor with a strapping pair of boots. A fitted tunic sends up the clothing, and a thigh slap emphasises comedy or adventure. Nowadays it’s commonly played by a male actor and more than just a love interest. They might lend their vocal strength to a romantic ballad, but the purpose of this character is usually to drive the plot forwards. Other common pantomime characters for the principal boy include Princes and ‘local lads’.

Writing for the Principal Boy brings with it a responsibility. For too long, female characters have been a simpering comparison to their male counterparts. Gone are the ‘fair maiden in need of a hero’ narratives, and the way your principal boy interacts with female characters can set a positive example for young minds in the audience lapping up social norms and learning about the world.

Another title character (Cinderella, Snow White, Rapunzel, etc.) , the role of the principal girl has developed a lot recently making it a much more exciting role in the production. Back-in-the-day principal girls are seen swooning over ‘brave’ men and trapped in the patriarchy. Now, they are often the driver of the narrative, running rings around the baddie and saving the day. About time too, I’d say. Sometimes a local girl, sometimes a princess, the principal girl is a part to be reckoned with.

A note on writing for principal girls. Think about ways you can have the principal girl break societal norms and inspire some of the young minds in the audience watching. Can Rapunzel be a rocket scientist? Maybe Snow White wants to be Prime Minister. Pantomime helps children dream and be inspired by igniting their imagination. If your principal girl isn’t exciting and up-to-date, your script will feel dated before it’s been performed.

One of the great pantomime characters. Originally made famous by Dan Leno‘s seminal performances at the turn of the last century is the crown a-top the pantomime family tree. Usually the mother of another character in the script, the pantomime dame helps the audience find their way into the story. Lovable, unafraid to speak their mind, and riddled with puns and innuendo, the pantomime dame can take many different forms. Some dames are flamboyant and fashionable, some are blokey, and brutish. What’s usually crucial is that they are the ‘everyman’. When played best, we see ourselves or a family member in the dame. It’s a friendly character we know we can trust. Remember, the entrance outfit gives you your first laugh, but from that point on you’ve gotta make the jokes land!

A note about writing for the pantomime dame. Some dames will have particular styles of performance. Some will come with their own material. There’s usually some sort of ‘opening spot’ near the beginning, which might involve a musical number. The main thing to bear in mind is to make sure there’s always comedy around, and the dame should always have a heart. If you have that in mind, you can’t go far wrong.

The role of the pantomime comic has grown over recent years as bigger celebrities have appeared in pantomimes across the country. It’s become a training ground for dames-in-waiting with ex-comics becoming brilliant dames in their own right. But the comic provides more than just some comic relief from the plot. They are often the children’s best friend in the show. Bold and unafraid to make a fool of themselves, the comic can boost the energy of a scene and carry the audience through to the finale.

It’s worth saying this character is usually male, but increasingly we’re seeing female comic characters across the seasons. I think this is a really exciting development. The campaign for better representation of female comedians on TV and Radio has made huge in-roads against the incorrect belief held by some that women are less funny than men. Female pantomime comics are an exciting way to counter that myth in an exciting way.

A note about writing for the pantomime comic. Lots of comics will have their own material, so think about ways to incorporate that into the script. There’s also lots of opportunity for physical comedy from the comic, so make the most of that. Silliness and games usually wins the day where the comic is concerned. If you’ve done your job well, they’ll be one of the audience’s favourite characters by the time they leave the show.

An extension of the pantomime comic, some scripts allow for additional comedy duos either as well or instead of the pantomime comic. They often have silly names which mirror each other like ‘Rough and Toothless’ or ‘Ammer’ and ‘Tongs’. There tends to be much opportunity for physical comedy here as they tend to play roles like policemen, henchmen or village idiots.

The most magical of pantomime characters, the fairy role, is glossed over sometimes. It’s a part Julian Clary usually makes his own in his appearances in panto. Often named Fairy ‘Something’ or Spirit of the ‘Something’, the fairy role is responsible for making sure everything goes to plan for the principal boy and girl (spoiler alert: it usually doesn’t!)

The fairy role is usually written partly or entirely in rhyme. But if you decide to do this, try to make it as quick-paced and characterful as possible. That will help you keep your audience on side. I’d also say it’s nice to have as much character as possible for the fairy. Some of the most interesting versions I’ve seen are where the fairy is perhaps teaching a younger fairy to graduate fairy school, or similar.

They love the boos (booze!) that’s right, it’s the baddie. The part everybody in the audience loves to hate. It’s a true skill writing and playing a good pantomime baddie. They need to be evil enough to be a threat, but have enough character to make them engaging rather than just outright frightening. I like to give my baddie some comedy, and a nice musical number at the least. It’s key they have good banter with the fairy role, and perhaps a disguise or two up their sleeves. Notable baddies include:

Usually the sidekick to the baddie, the henchman can take a number of forms. Perhaps the most common is ‘Herman the Henchman’ in Snow White, where the Wicked Queen has the henchman track Snow White into the forest to cut out her heart (boo!) but this pantomime character can be used throughout the titles to wreak havoc. Think brokers men, bailiffs, that sort of thing. Of course, you can also have Henchwomen who perhaps are less suspicious looking! Usually, this character is a sandwich short of a lunchbox (or two!)

These pantomime characters are present in most scripts in one form or another. They are usually some relation to the principal boy or girl. They’re sometimes a Squire, a Baron, a Lord Chamberlain or similar. Some are useless, some are evil, and some are besotted with the Dame. Most commonly they collect rent from the title character’s family! In some scripts, you might even have a King, Queen, Emperor or Empress. Often, they’ll have a silly name like ‘Baron Hardup’ for example. They get caught up in lots of the comedy within the script by acting the ‘straight man’, and will sometimes come along on the adventure with the title character.

Mixed in with all of the above, you have a whole host of magical creatures and pantomime animals (the skin role). These vary from Snow White’s Dwarfs, to Jack’s family cow. They also include evil characters such as Egyptian Mummy’s in Aladdin, and ghosts, ghouls, goblins and other nasty sprites. These characters are featured parts played by members of the ensemble, or junior company in professional productions.

Remember – the list truly is endless. If you have ideas for a pantomime character, or you’d like to share with me your favourite from the productions you’ve seen, drop me a line!

How To Write a Pantomime Adaptation

Inspired by adapting unusual titles, here’s everything I’ve learned from writing fairytales and novels as a pantomime adaptation. 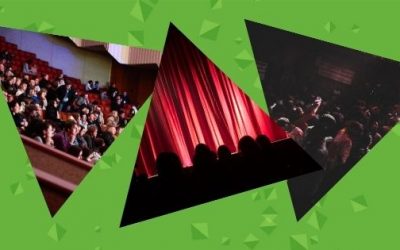