How To Write a Pantomime Adaptation

What does a story need to be adaptable into a pantomime?

Key ingredients for a pantomime adaptation

The main aspects of a pantomime plot are very similar to any good story. In my opinion these are:

A lot of pantomimes have universal themes which run through the tales of bravery and adventure. So if you have a story which matches those themes, you are on the right track for a pantomime adaptation. Some of those themes are:

Do stories need to be well known to make a good pantomime adaptation?

Although stories don’t need to be famous to make a good pantomime, it does help if they have a level of commercial appeal and awareness. There’s no point adapting a script which your audience won’t want to come and see! Equally, think about whether you can give your script another type of appeal for your audience. Is there a local hero to include? Or a strong location to base the script in? These can be ways to help make your script more relevant to your audience. QDOS – the world’s biggest pantomime producer – are working on exactly that basis, and have recently had success with Goldilocks and the Three Bears in Newcastle. They’re following that with Humpty Dumpty this Christmas!

Is there value in more unusual pantomime titles?

In short: I think so. Once you’ve built a reputation for producing great pantomimes using traditional titles, you can then branch out and treat your audience to more unconventional pantomime adaptations. I’ve written more about this in my blog about pantomime titles.

How do I actually make the story work as a pantomime adaptation?

When we watch a pantomime, it is immediately recognisable as such. We know that there will be familiar characters and elements which we look forward to every year. So taking an unusual source material of a book or story to adapt needs to include those things. My steps are:

One of the key elements of a pantomime is it’s structured plot narrative. So to adapt a non-pantomime story into a panto, you need to get it to fit into the pantomime structure.

Chances are, you’ll already have an idea of which characters from the source material will work well in a pantomime. Trust your instincts on this – you can usually bend the characters based on their traits in the original source material.

Once you’ve got the plot and characters

Next you need to add in the key elements of pantomime including traditions and comedy routines. Make sure that these elements don’t feel shoe-horned in, weave them in naturally and adapt them to best fit the title.

A little something extra

If there are elements of the plot, or characters and traditions that don’t fit, then consider if there’s a way to reinvent them for this title, or decide to leave them out altogether.

If you can think of ways to twist the story, to make it funnier, why not do it? Character names are a great example of this. I was in a Treasure Island pantomime which changed the names of a lot of characters to make them funnier. For example, rather than Blind Pew, the pirate was named Blind Puke. I recently heard about a King Arthur pantomime where the Knights were on a quest to retrieve the round table from the magical land of ‘Ikea’. These extra tweaks and quirks will help your story to be original and (hopefully) make people laugh!

Then all that’s left is to write the script. Easier said than done of course! But if you’d undertaken all of the planning and preparation I’ve laid out above, you’ll be onto a winner!

A word of warning

There is a fine line between pantomime, farce and family show. I’ve often been to see ‘pantomimes’ that are really just family musicals with a couple of jokes in them. For me, if you’re adapting something into a pantomime, it must have more panto DNA running through it than anything else. Most of it, it must be funny. Time and time again I go to see pantos that just don’t feature comedy. Some of my best memories as a child are of the slapstick routines of pantos. The magic that is created on stage never gets forgotten! 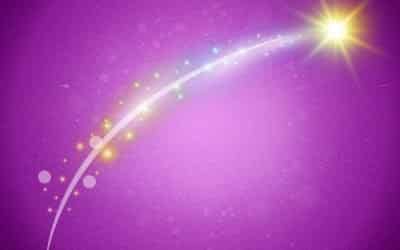